Publication and Validation of Ionic Models

The authors of ionic models (see also the list of ionic models we currently offer) are typically wet-lab savvy — they patch-clamp cells and run special experiments on them, stepping voltage up and down and whatnot, to understand the behavior of the ion channels in the cell’s membrane. They then assemble what they learn into a system of ordinary differential equations using Hodgkin-Huxley and Markov network formulations. These systems may be solved using a number of methods to reproduce with some degree of accuracy the electrical (and electrochemical) processes that take place in such a cell.

A number of methods for publishing ionic models exist, as highlighted in a recent discussion in the Cardiac Simulation LinkedIn group. Sergey mentions in particular MIRIAM and CellML. Our own Rob Blake has highlighted some of the pros of CellML on this blog. I must prod him to highlight also the significant cons. The most basic methods of ionic model publication are the inclusion of variables and equations in papers, and the publication of original code. For an example of how the equations and variables are normally published, have a look at the Luo and Rudy Dynamic (II) model (PDF) paper, starting on page 16, in the Appendix. Alternatively, Kirsten ten Tusscher has published C++ source code for her models. We have used that source code, for example, to thoroughly validate our TT and TT2 models.

I am generally a proponent of the publication of working ionic model code, specifically that used for the plots and other output in the corresponding publication. As any scientist who has ever written code and published something related knows, by the time the relevant paper is published you will have forgotten much of the details around running your own code. If you ‘clean it up’ a bit and post a single, supposedly-final version of your code with the article, it’s quite likely something will be off a bit from the ‘live’ code you used while writing the paper. But even that is better than trying to go back and extract the equations from the code after you’ve got everything working correctly. The wonderful thing about having such code available is that it’s possible to test new implementations against the original under all sorts of conditions, including disease conditions (for example, hyperkalemia) and extremely long run-times.

I’m happy to say that some of the questions I posted on the Cardiac Simulation LinkedIn group have garnered some answers. In particular, the discussions about modeling tools for cardiac simulation and source code access have had some traffic from the developer of CESE and CESE Plus. We’d love to get your opinion on those and other subjects — come sign up! Elizabeth Lipke and Xiao Jie have recently joined the group.

Posted on February 5, 2010 by Brock Tice, VP of Operations

Most of the modern meshing done by CardioSolv and its members is done using a software package called Tarantula. It was used in many of the publications listed on this site. We are now happy to announce that through a partnership with CAE Software Solutions, we sell and support the Tarantula package. It is an excellent companion to our CARP solver, enabling the creation and use of realistic models from medical images. For more information on Tarantula, please see the Tarantula page on CAE’s site.

Researchers at the University of Leeds have announced the development of a new, portable magnetometer that could be used to detect regions of ischemia and other heart conditions in an economical and portable package. The article is light on details, but more will certainly be forthcoming.

If you’re interested or involved in cardiac simulation, and not yet a member of the new Cardiac Simulation Group on LinkedIn, follow the link and join! We’ve got 30 members so far, representing a broad range of companies, academic institutions, and interests. The group also features news feeds from useful Google and PubMed searches, helping you keep abreast of the latest in the field. You are welcome to submit your own news stories announcing your latest relevant publications, or interesting articles that you write or find on the Web.

Due to problems with group spamming on LinkedIn, approval is required to join. However, anyone actually involved or interested in cardiac simulation will be admitted immediately. We hope to see you there!

I watch the news for cardiac electrophysiology-related stuff, and most of it is press releases from this or that company about their new devices, but this article on theft of “crash cart” defibrillators is one of the more bizarre things I’ve seen. They say that it’s not affecting patient care, as they have more, but what if someone stole one and then a code was called. Someone could go to grab the crash cart only to find it missing (or defibrillator-less).

I figure the thief is either ignorant of the devices’ use and just grabbed them as a target of opportunity, or they have some diabolical plan to shock people. It’s not like other hospitals are going to buy them, and I’m sure the property management departments of the affected hospitals have reported the serial numbers to the police, so there go pawn shops. Can you see the sales pitch on Craigslist — “Slightly used high-voltage defibrillators. Bring your patients out of cardiac arrest! Amuse and kill your friends!”

Here’s hoping that the new year brings an end to this senseless theft.

CardioSolv’s CARP Simulator in the News 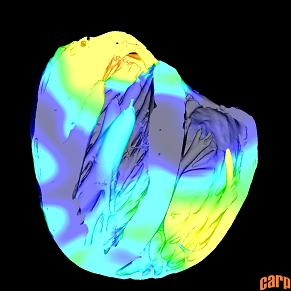 “Medical science is increasingly turning to computational models to study the possible effects of drugs and surgical interventions, before moving on to patient trials. One active area of research is in heart modelling. The structure of a patient’s heart can be obtained through MRI scans, this data is then placed on a computer and used to construct a model heart. Researchers can study the electrical activity in this model heart, which controls heart beats. Problems such as arrhythmia can be identified and possible surgical interventions can be tested on the model before being used on the patient.”

The linked articles (very similar to each other) are about the underlying simulator used by CardioSolv. It was developed primarily by two of CardioSolv’s founders, and is now in use by them both academically and within CardioSolv. The articles discuss academic use and development.

Save an animal – run a simulation 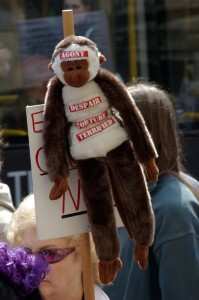 Perhaps you’ve heard about the passionate protests opposing animal research (and the counter-protests supporting it). Whether you’re opposed to animal research altogether, want to minimize it to avoid it as much as possible, or just want to avoid the cost and hassle, in-silico research can help address your concerns.

Although simulation models are developed from animal (and human) tissues and tests on animals, it is now also possible to develop them without harm to either animals or people thanks to better non-invasive imaging techniques. Furthermore, only one animal is required to create a simulation model that can be used over and over again. The rabbit heart geometry information collected by Vetter and McCulloch in 1998, for example, has been used for hundreds of simulations within our lab alone, and has also been used in many other labs around the world. Only one rabbit was sacrificed for probably a thousand different experiments.

Generation of geometrical models (meshes, as opposed to cellular-level ionic models) using medical imaging techniques has other advantages. For example, models could be created from a given animal’s heart before, during, and after creation of an infarct, all from the same heart. If using excised hearts, a different heart would be required for each stage of infarction, and they could not be directly compared with each other in the same way that models from several stages in the exact same heart could be.

The FDA is interested in simulation data in support of device submissions. At a workshop this spring, numerous examples of simulation data in support of a wide variety of devices were presented. Two former members of the lab from which I graduated are currently employed at the FDA, and were at that meeting — there are people at the FDA who are very familiar with cardiac simulation. Simulations aren’t going to replace animal testing and clinical trials in FDA submissions any time soon. However, they can be used to reduce the number of animal trials you need to do, and can offer additional, cost-effective support of claims in device submissions.

How do you feel about animal testing? How much does it cost you in money and time?

Solution of the ODEs and PDEs involved in cardiac simulation is actually rather straightforward, and it’s been implemented over and over by many groups around the world. Even in my former lab, we used four different implementations during the course of my degree (some simultaneously). However, there are three major considerations that make implementation of a useful cardiac simulator difficult.

When it comes to cardiac simulation research, you have two options. You can spend most of your time reinventing the wheel and what little time you have left doing science, or you can use a working, well-tested, preexisting simulator and spend a little time learning and a lot on the science. Which would you rather do? And which are you qualified for?

The title of this blog post may seem to poke fun at simulations, but it’s based on a story recounted in a blog post entitled Simulation: Fact or Fantasy?. In it, Joel Orr describes a NASA engineer’s outrage at his use of the phrase “trial and error” to characterize the design process. The engineer asserted that error had no part in design.

The point that Joel was trying to make (and did make in that post), was that errors — when things don’t come out the way we expect — are valuable sources of information about designs and assumptions. Historically, obtaining such instructive errors required the development and testing of real-world prototypes. However, simulations of all kinds are enabling engineers to test virtual prototypes faster and at a lower cost than was ever possible in the past.

Think about the cost involved in testing even a prototype sensing and therapy algorithm for an existing ICD and lead. Some simple checks can be done by hooking up a programmed device to a pre-programmed input (this is simulation!). However, to fully test the algorithm, an animal study must be done. This brings in the costs in money and time of acquiring, caring for, and doing test procedures on a large enough number of animals to reach statistical significance. Testing the algorithm in a simulated heart requires only one model, whose shape, electrophysiological characteristics, disease status, and starting state may easily be varied over a wide range of parameters. It can be done in a matter of hours or days instead of weeks or months.

What kinds of errors are you taking too long to make now?